Andreas Klugescheid is Head of Steering Government, External Affairs and Sustainability Communications at the Munich based Head Quarters of BMW Group. Till June 2015, he was responsible for communications of the global production network. Previously, he was heading the BMW Group Representative Office in Sacramento, California. In this function, he managed the companies’ activities in the fields of environmental, mobility and sustainability policies. The geographical areas of his responsibilities included the Western Region of the United States, Mexico and South America. He held numerous positions within BMW Group, including Spokesman for Governmental Affairs at the companies Munich based headquarters and Western Region Corporate Communications Manager for BMW of North America. He started his career with BMW Group as Head of Clean Energy Communication. Among other activities, he was responsible for BMW Group’s participation in UN conferences like the Johannesburg World Summit on Sustainable Development and the UN Climate Conferences COP 14 – 16.

Mr. Denis hat been since 2017 in charge of the Polish branch of the BMW Group. He has been working with the company since 1991. His career started in BMW Group France, then he held various managerial positions in Munich, the Philippines and Belgium. From 2009 he served as Marketing Director in BMW Group France and in 2013 moved to Hungary assuming responsibility of General Manager. 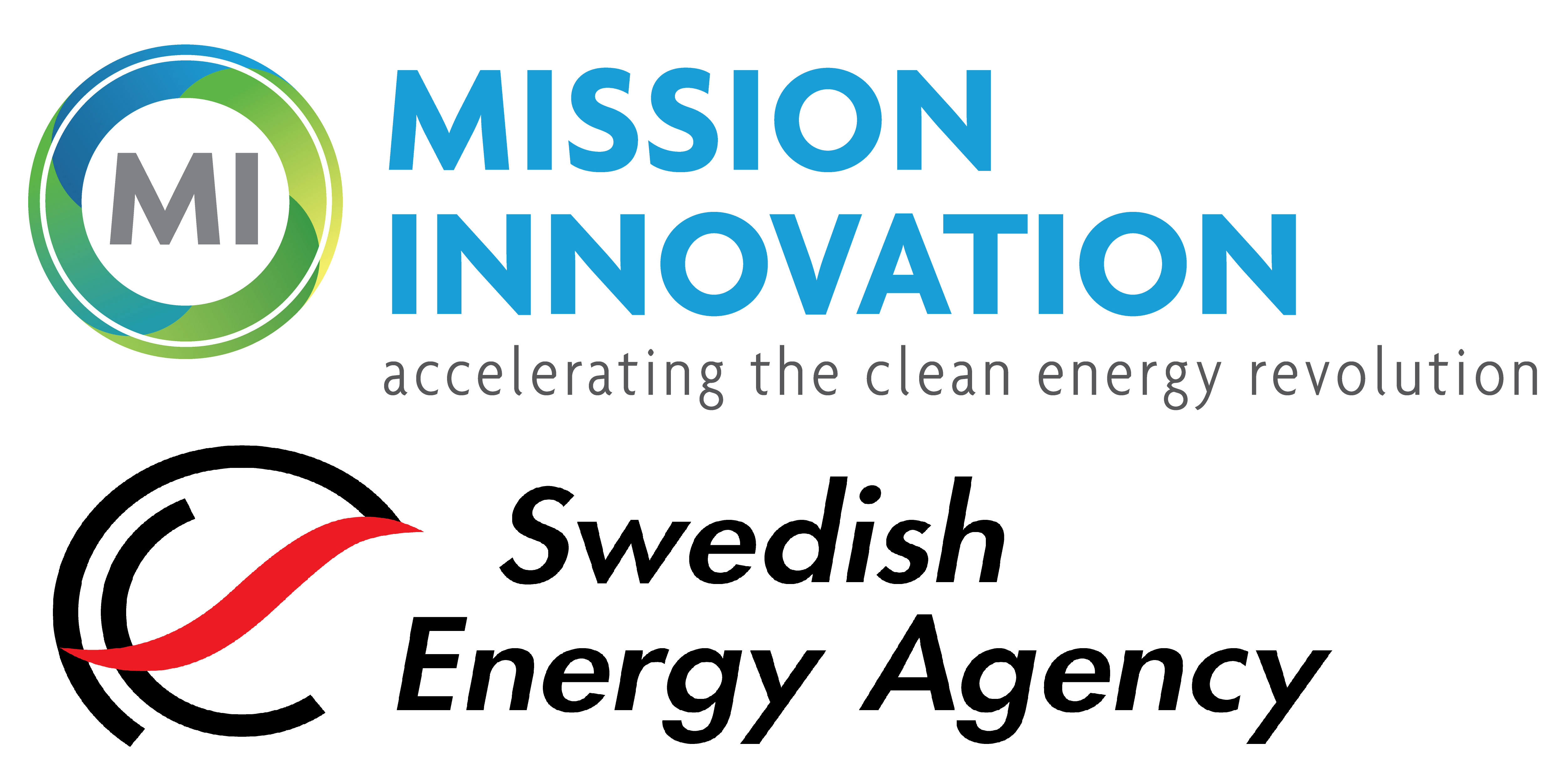 Dennis Pamlin is an entrepreneur and founder of 21st Century Frontiers. His main skill is work with companies, governments and other organisations as a strategic economic, technology and innovation advisor in the area of sustainability. His background is in engineering, industrial economy and marketing.

Mr Pamlin worked as Global Policy Advisor for WWF from 1999 to 2009. During his tenure, Pamlin initiated WWFs Trade and Investment Programme work in the BRICs (Brazil, Russia, India, China and South Africa) and led the work with companies (especially high-tech companies such as ICT) as solution providers.

From 2010 to 2013 he was the Director for the Low Carbon Leaders Project under the UN Global Compact.

He is currently a Senior Associate at Chinese Academy of Social Sciences, Senior Advisor at RISE, a visiting research fellow at the Research Center of Journalism and Social Development at Renmin university, and advisor to Centre for Sustainable Development at Confederation of Indian Industries (CII).

Current work includes work to establish a framework that can identify winners in a sustainable future, build a platform for global trend assessment, promote clusters capable of delivering transformative solutions, exploring the impact of our “digital twins” and develop tools that allow public procurement to support sustainable solutions. Pamlin is also leading work to develop tools for companies, organisations and cities to measure and report their positive impacts, focus on climate, water, health and poverty.

Originating from a family of explorers, Bertrand Piccard is the initiator and visionary behind Solar Impulse, the very first airplane capable of flying perpetually without fuel. In 2016 he and André Borschberg, taking turns piloting the single-seater aircraft, succeeded in flying around the world powered only by the sun, showing how clean technologies can do more than we ever thought possible. His ambition is to leverage a pioneering spirit for a useful contribution to the cause of renewable energies, the next stage of which includes the establishment of the World Alliance for Efficient Solutions. As Chairman of the Alliance, he has committed to identify 1,000 profitable and efficient solutions to help companies and government at national and local levels to reach their environmental targets and adopt more ambitious policies. These will be brought to COP 24 in 2018 to contribute to solving climate change.

Graduated from the prestigious Ecole Polytechnique in Paris and received a scholarship in quantum optics from the National Institute of Standards and Technologies in Washington (DC), where he worked under the lead of William D. Phillips, Nobel Prize Laureate in Physics. During his studies, he also specialised in economics, with particular emphasis on market organisation under the lead of Professor Jean Tirole, Nobel Prize Laureate in Economics in 2014. He also studied international economics at the University of Louvain La Neuve and was awarded a Master’s degree at the Warsaw School of Economics. He defended his PhD dissertation at the University of Warsaw. In the past, he worked as a professor, teaching change management, economics, market organisation and industrial strategy at the University of Warsaw, Collegium Civitas, Oxford Programme on Modern Poland. He co-authored the concept of effective change management in an enterprise, described in the book Zarządzanie zmianą. Od strategii do działania, he also wrote Od restrukturyzacji do modernizacji. Opóźniona transformacja polskiego sektora elektroenergetycznego w latach 1990-2009.

He began his professional career in the Office of the Committee of European Integration, in the team of Minister Jan Kułakowski, responsible for conducting accession negotiations with the European Union, where he led an analytical team and was directly responsible for the area of energy and transport. Later on, he carried out the modernisation processes in numerous Polish companies, where he supported adaptation to the challenges of the European and global market. He promoted European cooperation in the field of industrial changes and adaptation of European industry to the challenges of globalisation within the framework of the European University of Labour and the Dublin Foundation.

He created the governmental programme for the development of electro-mobility in Poland,

described for the first time as a concept in New Electricity and New Cars, a book written in

2013-2015, together with Prof. Leszek Jesień. He also serves as Chairman of the Steering Committee of the Electro-mobility Programme.

Since 1 January 2016, he has been working as the Secretary of State at the Ministry of Energy, where he has been directly responsible for technological development and innovation in the energy sector, implementation of climate and energy policy in the fuel and gas sector, international relations with countries and international organisations. His duties also included supervising the participation of the state in the largest Polish energy companies in the oil and gas sector, such as Orlen, Lotos and PGNiG. He was the initiator of the “Electro-mobility Development Plan” and then piloted the creation of a law on electro-mobility and alternative fuels, thanks to which these forms of transport will be able to develop dynamically.

On the 27th of April 2018, he was appointed as the Plenipotentiary for the Presidency of the COP 24 Summit.

Grantham Research Institute on Climate Change and the Environment

Grantham Research Institute on Climate Change and the Environment

Lord Stern is IG Patel Professor of Economics and Government at the London School of Economics and Chair of the Grantham Research Institute on Climate Change and the Environment. He is a member of the G20 Eminent Persons Group on Financial Systems and is President of the Royal Economic Society (2018-2019). He was President of the British Academy (July 2013 – July 2017) and elected Fellow of the Royal Society (2014). He was Chief Economist at both the World Bank, 2000-2003, and the European Bank for Reconstruction and Development (1994-1999) and was Head of the UK Government Economic Service (2003-2007). He produced the landmark Stern Review (2006) on the economics of climate change. His most recent books are “Why are We Waiting? The Logic, Urgency and Promise of Tackling Climate Change” MIT Press, 2015. ) and “How Lives Change: Palanpur, India and Development Economics” (with Himanshu and Peter Lanjouw), published in August 2018 (OUP). He was knighted in 2004, made a cross-bench life peer in 2007 and appointed Companion of Honour in 2017 for services to economics, international relations and tackling climate change.

Sustainable Energy for All

Sustainable Energy for All

A leading advocate for sustainable development, Ms. Kyte is focused on affordable, reliable and sustainable energy as the key to combating both poverty and climate change. Ms. Kyte drives SEforALL’s work to mobilize action towards its 2030 goals of ensuring universal access to modern energy services; doubling the global rate of improvement in energy efficiency; and doubling the share of renewable energy in the global energy mix. As Special Representative for the Secretary General she is the point person in the UN for action towards the recently agreed global goal on sustainable energy.

Ms Kyte served until December 2015 as World Bank Group Vice President and Special Envoy for Climate Change, leading the Bank Group’s efforts to campaign for an ambitious agreement at the 21st Convention of the Parties of the UNFCCC (COP 21). She was previously World Bank Vice President for Sustainable Development and was the International Finance Corporation Vice President for Business Advisory Services.

Recipient of numerous awards for women’s leadership, climate action and sustainable development, she is a Professor of practice in sustainable development at Tuft’s Fletcher School of Law and Diplomacy. She holds a master’s degree in international relations from Fletcher, and a bachelor’s degree in history and politics from the University of London.

Sekisui House is a pioneer of industrialized housing in Japan and is the largest home builder in the country, having built over 2.4 million homes.

Mr. Abe has more than 40 years experience in the housing industry, and from an early stage has had a focus on finding ways to prevent global warming. In 2009, he initiated the “Green First” strategy to halve CO2 emissions from the company’s houses, based on the realization that housing related CO2 emissions had a significant impact on our ability to ensure a green Earth free of extreme weather events. In 2013, he led the introduction of zero energy houses, and Sekisui House has manufactured more zero energy houses than any company in the world.

Mr. Abe puts the environment at the core of his corporate strategy. The company is working to decarbonize all of its operations, and was the first in the Japanese construction industry to join the RE100 initiative. As chairman of the Japan Federation of Housing Organizations, he is also leading the entire industry in its carbon reduction activities, and has begun the challenge to bring the company’s environmental technologies to the rest of the world.

Attendees represent nations all across the globe with a big focus on Europe and north America
Register for 2019 :
Register Interest