Climate Action, in technical collaboration with the Food and Agriculture Organization of the United Nations (FAO), hosted a three-part digital event series addressing global food, agriculture, and land use challenges in the face of our climate and health emergencies.

The series was designed in response to the growing demand for new models of multi-stakeholder collaboration to achieve food security, sustainable development and other global goals outlined in the UN Sustainable Development Goals.

Can we rebuild global food security to accelerate a resilient recovery?

How can we rethink investments and financial mechanisms to align agribusiness with the SDGs?

Stefan Fürnsinn is Senior Vice President Crop & Digital Solutions, at Yara International.
Passionate about responsibly feeding the world and protecting the planet, Stefan is in charge of managing and scaling the global digital and precision agriculture business in Yara, and for innovating and commercializing digitally-enabled business models. His role is truly global, leading a dynamic and fast growing digital team across all regions and key agricultural markets. The focus lies on designing innovative services and solutions that speak directly to the farmer’s, agronomist’s and food chain’s evolving needs in a shifting world, towards more productive, prospering and sustainable food production.
Stefan holds a PhD in Chemical Engineering as well as a Master Degree in International Business. Before joining Yara, Stefan was a Partner at McKinsey & Company focusing on agriculture and food, and an entrepreneur and scientist in renewable energy.

Special Advisor to WHO

David Nabarro is the Co-Director of the Imperial College Institute of Global Health Innovation at the Imperial College London and supports systems leadership for sustainable development through his Switzerland based social enterprise 4SD. From March 2020, David is appointed Special Envoy of WHO Director General on COVID-19. He secured his medical qualification in 1974 and has worked in over 50 countries – in communities and hospitals, governments, civil society, universities, and in United Nations programs.

David worked for the British government in the 1990s as head of Health and Population and director for Human Development in the UK Department for International Development. From 1999 to 2017 he held leadership roles in the UN system on disease outbreaks and health issues, food insecurity and nutrition, climate change and sustainable development. In October 2018, David received the World Food Prize together with Lawrence Haddad for their leadership in raising the profile and building coalitions for action for better nutrition across the Sustainable Development Goals. 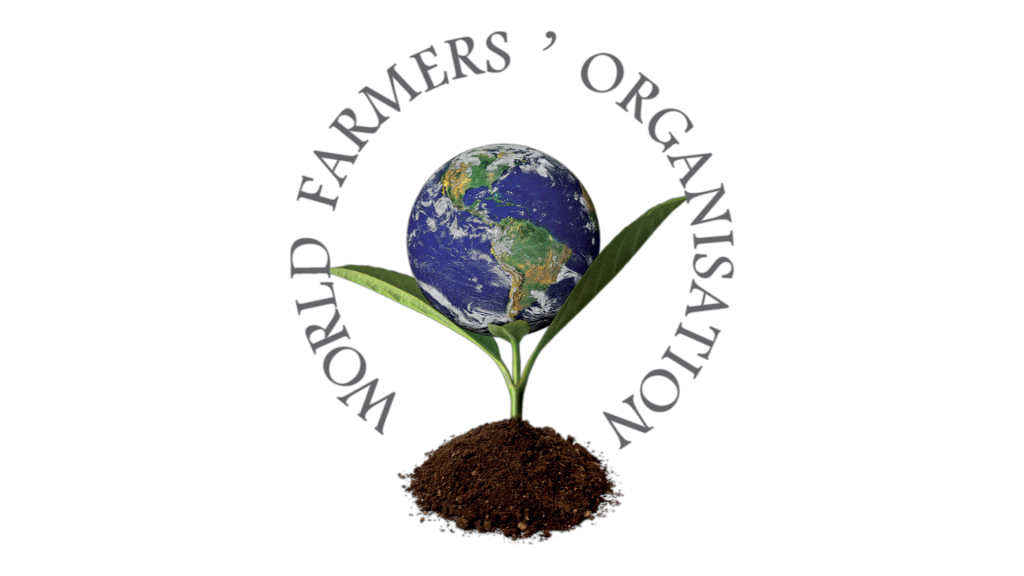 Ms. Arianna Giuliodori was appointed Secretary General of the World Farmers’ Organisation, WFO, in December 2017. After her degree in Communications Sciences, Ms. Giuliodori got a Master in Economics and Rural Development at Siena University in Italy. Farmers and Agriculture have always been part of her working life: she spent 10 years serving at the Italian farmers’ organisation Coldiretti, first in Rome and then in Brussels, acting as Economic Officer, Secretary General of Young Farmers, Head of the President’s Technical Secretariat and finally as Senior Policy Advisor at the European Representation. Four years’ experience in an American multinational research and consulting company in Paris and an executive MBA at Sorbonne University complete her profile, giving her a strong business-oriented approach.

In her present position as WFO Secretary General, she has been strongly promoting a solid governance of the association and a wide set of international partnerships to ensure that the farmers can fully play their fundamental role in the Sustainability challenge.

Too Good To Go 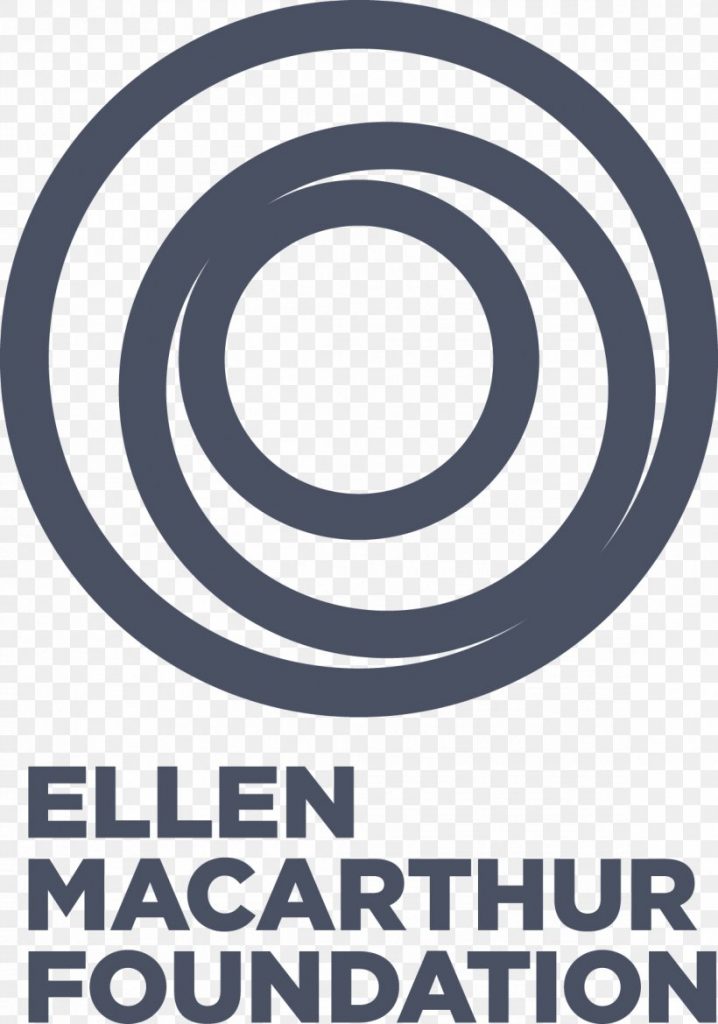 Food and Agriculture Organization of the United Nations

Maria is an economist and politician from Cape Verde. A leading expert in global development issues, she has worked in public service for over thirty years. Over the last decade, FAO has contributed to a new narrative, one where agriculture features more prominently in addressing increasingly complex emerging global issues– from climate change to conflict. By promoting a systematic integrated approach that takes a more inclusive view, Ms Semedo has fostered cross-sectoral and multi-stakeholder exchanges, resulting in greater engagement and stronger strategic partnerships to better position FAO in its role to promote the transition towards sustainable food and agriculture systems to achieve the Sustainable Development Goals.

Before taking up her current duties in 2013, Ms Semedo gained valuable experience and insight in Africa, first as FAO Representative in Niger (2003-2008), then as Deputy Regional Representative for Africa and Sub-regional Coordinator for West Africa (2008-2009) and Regional Representative for Africa (2009-2013). Prior to her international career, she worked as an economist for the Cabo Verde Ministry of Planning and Cooperation before becoming Secretary of State for Fisheries, then in 1993 Minister for Fisheries, Agriculture and Rural Affairs – the first-ever woman Minister in her country. After serving as Minister for Tourism, Transportation and Marine Affairs from 1995-1998, she became Member of Parliament, a position she held until 2003.

December 2018:
• The Government of Brazil bestows the honorific Order of Rio Branco
• The Universidade Aberta in Lisbon confers the Honoris Causa doctorate for her work in global
sustainable development

March 2018:
• Named “Woman of the Year” at the commemoration of the 2018 Women Diplomats Day in
Portugal

May 2008:
• Receives the Order of Niger for her distinguished service to the field of agriculture.

How will you engage?

With the technical collaboration of the

The Food and Agriculture Organization (FAO) is a specialized agency of the United Nations that leads international efforts to defeat hunger.
Our goal is to achieve food security for all and make sure that people have regular access to enough high-quality food to lead active, healthy lives. With over 194 member states, FAO works in over 130 countries worldwide. We believe that everyone can play a part in ending hunger.

Join us in creating a #ZeroHunger world.

Quorn Foods is the leading global meat-free foods brand and manufacturer based in North Yorkshire, UK.  Quorn products are made from Mycoprotein – a nutritionally healthy protein that is meat-free and has a low environmental impact. Quorn Foods has a mission to make better protein for you and the planet. We make the world’s diets healthier and more sustainable by helping you to create great tasting meals every day.

Yara grows knowledge to responsibly feed the world and protect the planet. Supporting our vision of a world without hunger, we pursue a strategy of sustainable value growth, promoting climate-friendly and high-yielding crop nutrition solutions for the world’s farming community and food industry.

Yara’s ambition is to be the Crop Nutrition Company for the Future. We are committed to creating value for our customers, shareholders and society at large, as we work to develop a more sustainable food value chain. To achieve our ambition, we have taken the lead in developing digital farming tools for precision farming, and work closely with partners throughout the food value chain to improve the efficiency and sustainability of agriculture and food production.

Founded in 1905 to solve the emerging famine in Europe, Yara has established a unique position as the industry’s only global crop nutrition company. With our integrated business model and a worldwide presence of around 16,000 employees and operations in over 60 countries, we offer a proven track record of responsible and reliable returns. In 2019, Yara reported revenues of USD 12.9 billion.

Ward Laboratories, Inc. is an agricultural testing laboratory dedicated to serving agricultural producers throughout the world.  We specialize in analyses related to soil, soil health, plant tissue, feed, forages, water, manures, fertilizers, and other special testing products.  We aim to provide information needed to make critical production decisions.  Participation in proficiency programs and trained, educated personnel ensures accurate, precise, and reliable test results.  Ward Laboratories, Inc. is committed to excellent analytical results and service through the dynamics of its quality assurance system, the integrity of its people, and the professionals we employ.  Our goal to fully serve the agricultural sector is accomplished through consultation with professional staff before, during, and after testing.

“We are delighted to collaborate with Climate Action as the world battles with climate change, biodiversity loss and COVID-19. These digital dialogues will help us convene and connect together to address The Global Food Challenge and build back better for climate-resilient and sustainable food systems.”

"Climate Action’s digital Roadmap to COP26 has created a platform to help organisations from across the stakeholder spectrum to honour their pledges at a time when face-to-face meetings are not an option. I look forward to the evolution of Climate Action’s Roadmap towards COP26 next year."

"Their events are fantastic because they help bring together all of the people from across different sectors. Whether its different industry sectors, whether it's NGOs, whether it's government, whether it's science and research, they all have lessons to learn from each other."