Menu
Partner with us
Register Now

We look forward to announcing the expert speakers coming to the 2023 Sustainable Investment Forum Europe. Take a look at 2022’s speakers. 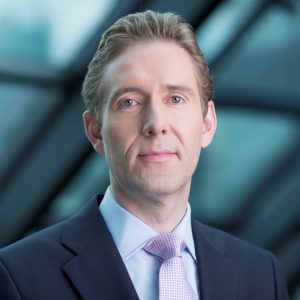 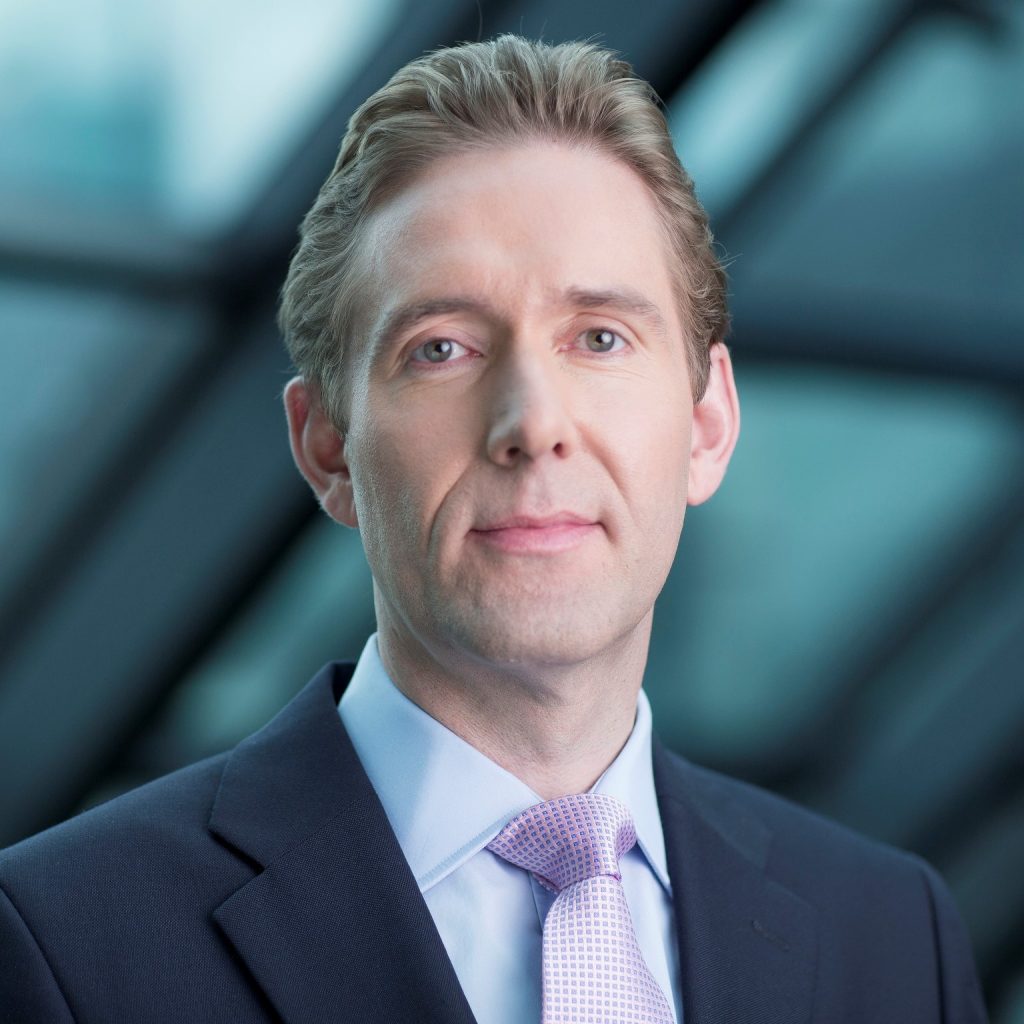 Mark Barton is one of the best-known anchors in global business television news.

Mark was was one of five journalists who founded Bloomberg Television’s European operations in London in the mid-1990s. Over the next two decades played an integral role in establishing Bloomberg TV as a global financial and business news network, broadcast in almost half a billion homes in over 70 countries.

Mark anchored all of Bloomberg Television’s prime-time programs over a 23-year career, breaking and analysing the biggest global business, financial market and geopolitical events of the past two decades, including six UK general elections, six US elections, the global financial crisis and Brexit. He also conducted over 20,000 interviews with world leaders, finance ministers, central bankers and chief executives, including Bill Gates, Shimon Peres and Jean-Claude Trichet.

Mark left Bloomberg Television in August 2018 to embark on a new career as a moderator, media trainer and communications & public relations specialist. 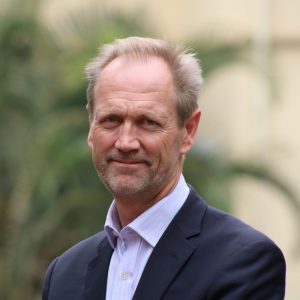 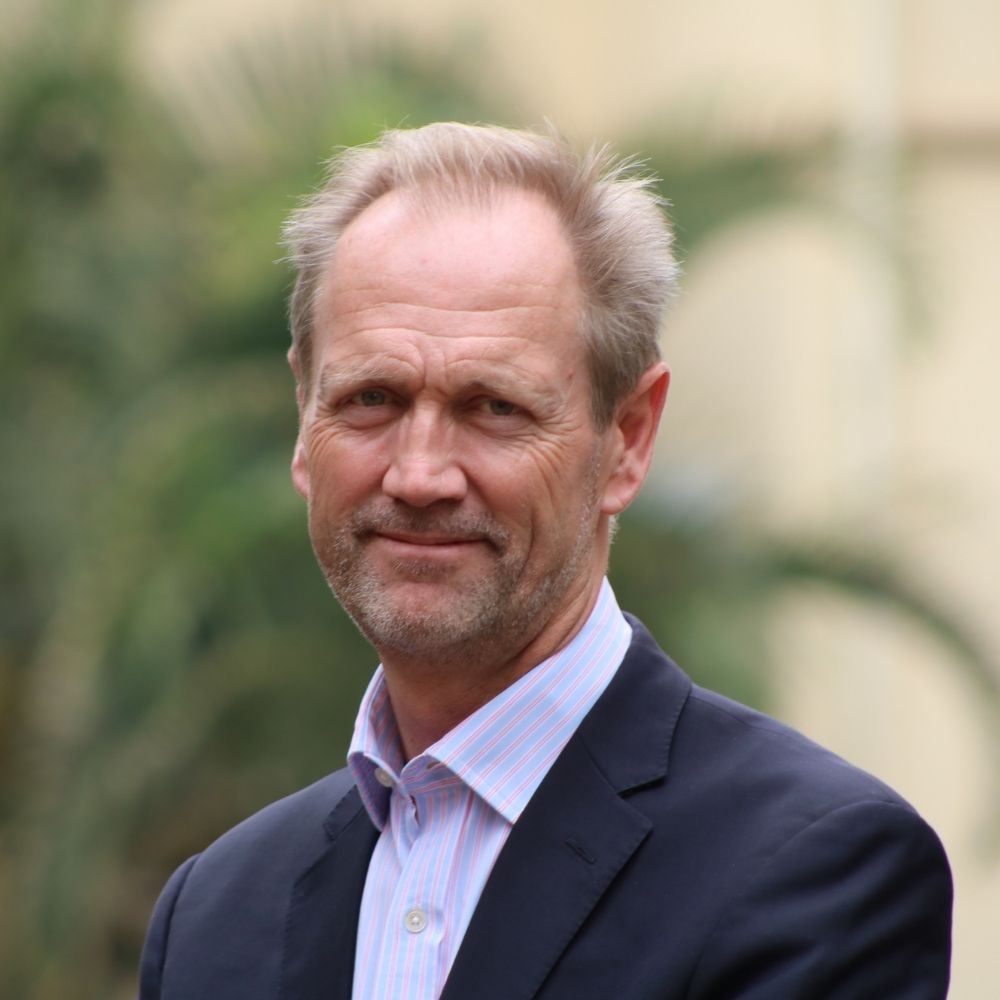 Mark is the CEO of FSD Africa.  Mark’s early career (1989-2003) was in investment banking in the City of London where he advised growth companies on M&A and capital raising. He has now been involved in financial sector development in Africa for well over a decade.

From 2004-2009 he was CEO of FinMark Trust, based in Johannesburg. He then moved back to London where he became an independent consultant specialising in financial sector development in developing countries, mainly in Africa.  He joined CDC, the UK’s development finance institution, as Director of Investment Innovation from 2011-2012 and moved to Nairobi to set up FSD Africa up in December 2012.

Mark has written papers and articles on financial sector development and was commissioning editor for a 2010 book of case studies on financial innovation in Africa – Real Money, New Frontiers. He has an MA in modern languages from Cambridge University. 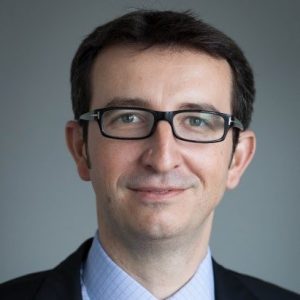 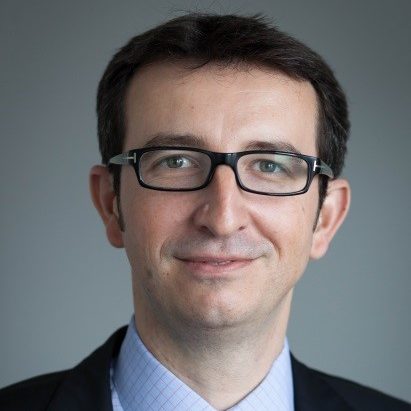 Martin Spolc is the Head of the Sustainable Finance unit in the European Commission’s Directorate General for Financial Services. Prior to his current role, he was the Head of the Capital Markets Union unit, the Economic analysis unit, Deputy Head of the Banking unit and Assistant to the Director General, directly involved in developing the Banking Union and other key projects in the area of financial services aiming at restoring financial stability since the crisis. Before joining the Commission, he had worked at risk management consultancy and the banking sector. He is the holder of the CFA and FRM designations and member of the CFA Institute and Global Association of Risk Professionals. 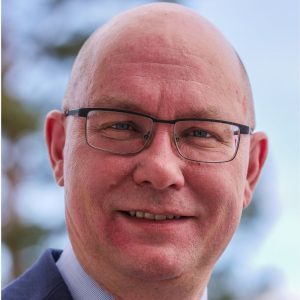 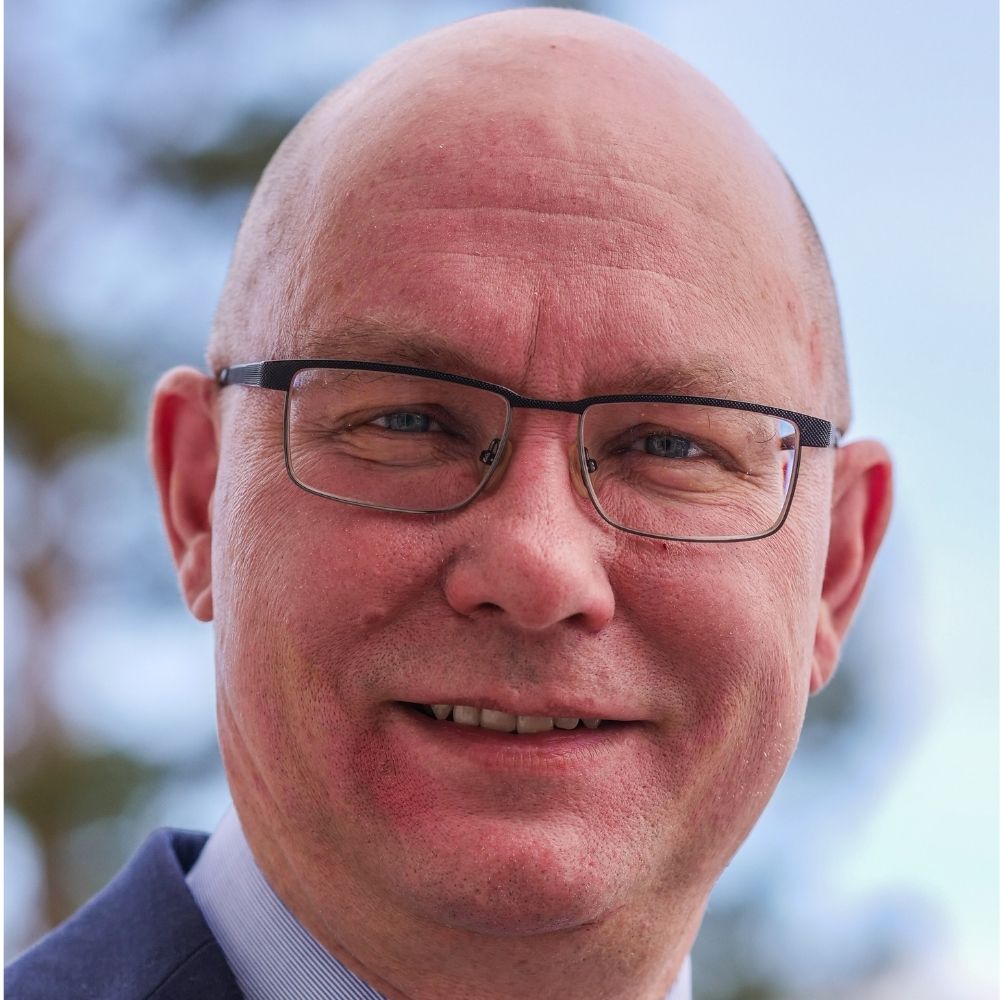 Matti is a member and was the chair and vice-Chair in 2013-2018 of the Occupational Pensions Stakeholder Group of EU supervisory authority EIOPA, a member of the European Commission’s High Level Group of Experts on Pensions 2018 – 2019 and the chair of the World Pension Alliance 2018 – 2019.

Before joining PensionsEurope in 2011 Matti worked for 11 years for The Finnish Pension Alliance in EU and international affairs, investment policy and legal issues. In 1990’s Matti worked for the Finnish trade unions in collective bargaining, labor law and social policy. In 1986 Matti started his professional career at the Law Drafting Department of the Ministry of Justice in Finland.

Matti has a LLM and an Executive MBA in Insurance and Financial services. 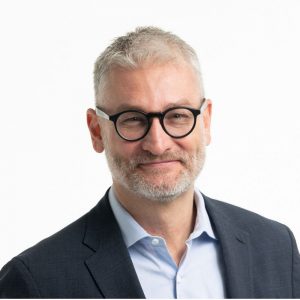 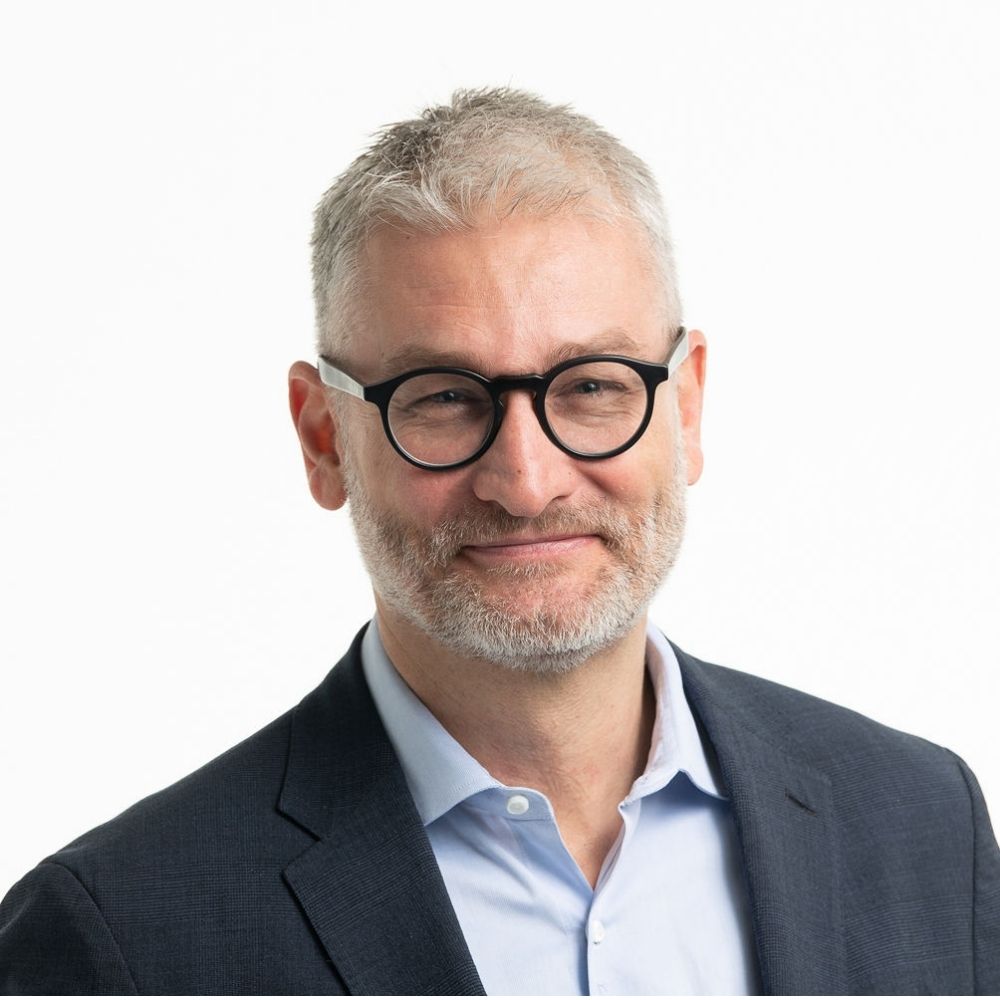 Morten joined BTPSM in September 2018 and is responsible for leading all aspects of the business in its support of the Trustee of the Scheme and its members.

Morten has spent most of his career in financial services. He joined the pensions and investment industry in 2001 and spent over 10 years with the £90bn Danish pension scheme ATP, where he held different senior positions across administration, investments, product and business development. In 2010 he moved to London where he founded and as CEO made NOW: Pensions one of the largest occupational DC providers in the UK. 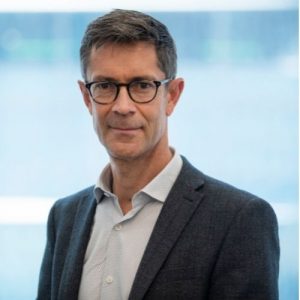 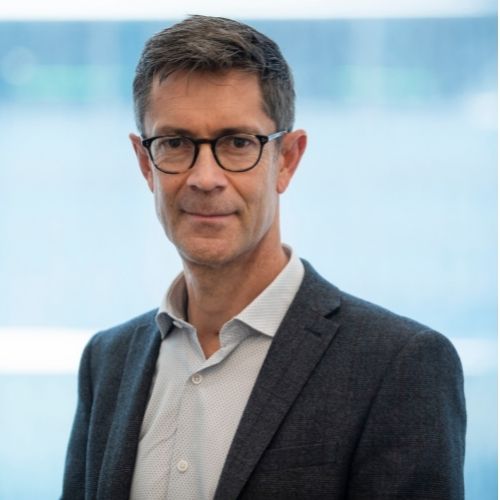 Dr Jollands is a sustainable energy, climate finance and policy professional with 29 years’ experience leading innovation across multiple sectors and levels of government. He has spent the last 15 years as a climate finance practitioner delivering investment and policy outcomes in 30+ countries. He is currently co-Lead of EBRD Green Cities, the Bank’s flagship EUR3 billion investment programme supporting cities to address their environmental and climate challenges. 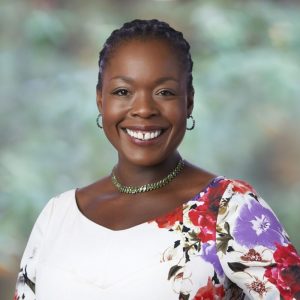 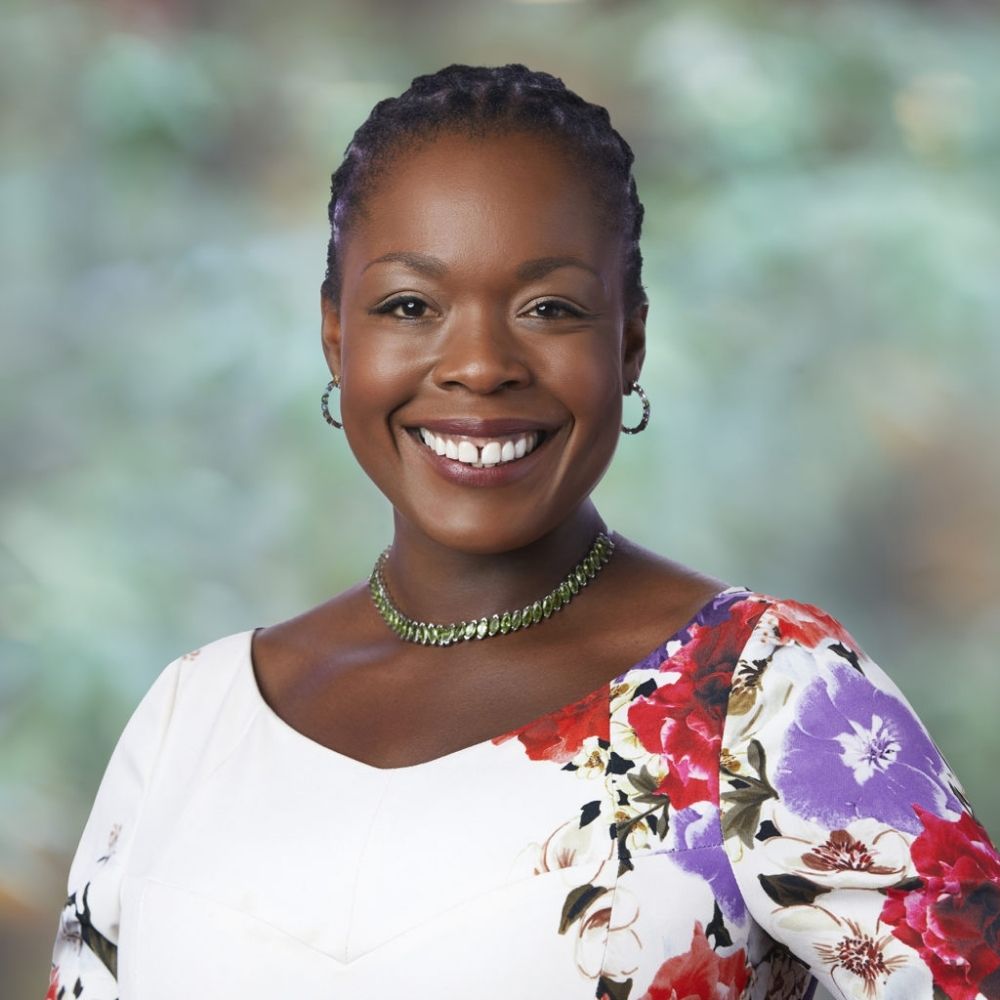 Nili Gilbert, CFA, CAIA, is the Vice Chairwoman of Carbon Direct, a leader in scaling carbon management into a global industry through both climate technology investments and client advisory.

She is also Chair of the US$130+ Trillion Glasgow Financial Alliance for Net Zero’s (GFANZ) Advisory Panel of technical experts, as well as a member of its CEO Principals Group. Nili also sits as the Chair of US Policy for the UN-Convened Asset Owner Alliance. In addition to serving as a board member and Chairwoman of the Investment Committees of both the David Rockefeller Fund and the Synergos Institute, she is a Senior Advisor at Boston Consulting Group (BCG). Nili is also a member of the Social Mission Board of Seventh Generation, a wholly-owned subsidiary of Unilever. Previously, she was Co-Founder and Portfolio Manager of Matarin Capital, which became one of the larger women-owned asset managers in the US. She also previously served as a member of the State of California’s Climate-Related Financial Risk Advisory Group.

Nili has been a recurring speaker on CNBC and Bloomberg television, among others, and her TED Talk on climate finance has received over 1 million views. She has been honored as a World Economic Forum Young Global Leader, LinkedIn TopVoice in Finance, Entrepreneur of the Year by the National Association of Securities Professionals, and Bloomberg BusinessWeek “One to Watch.” She is a permanent member of both the Council on Foreign Relations and the Economic Club of New York. 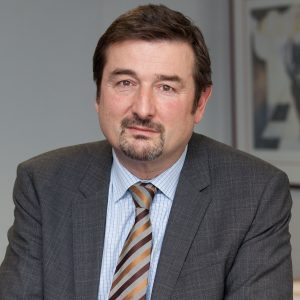 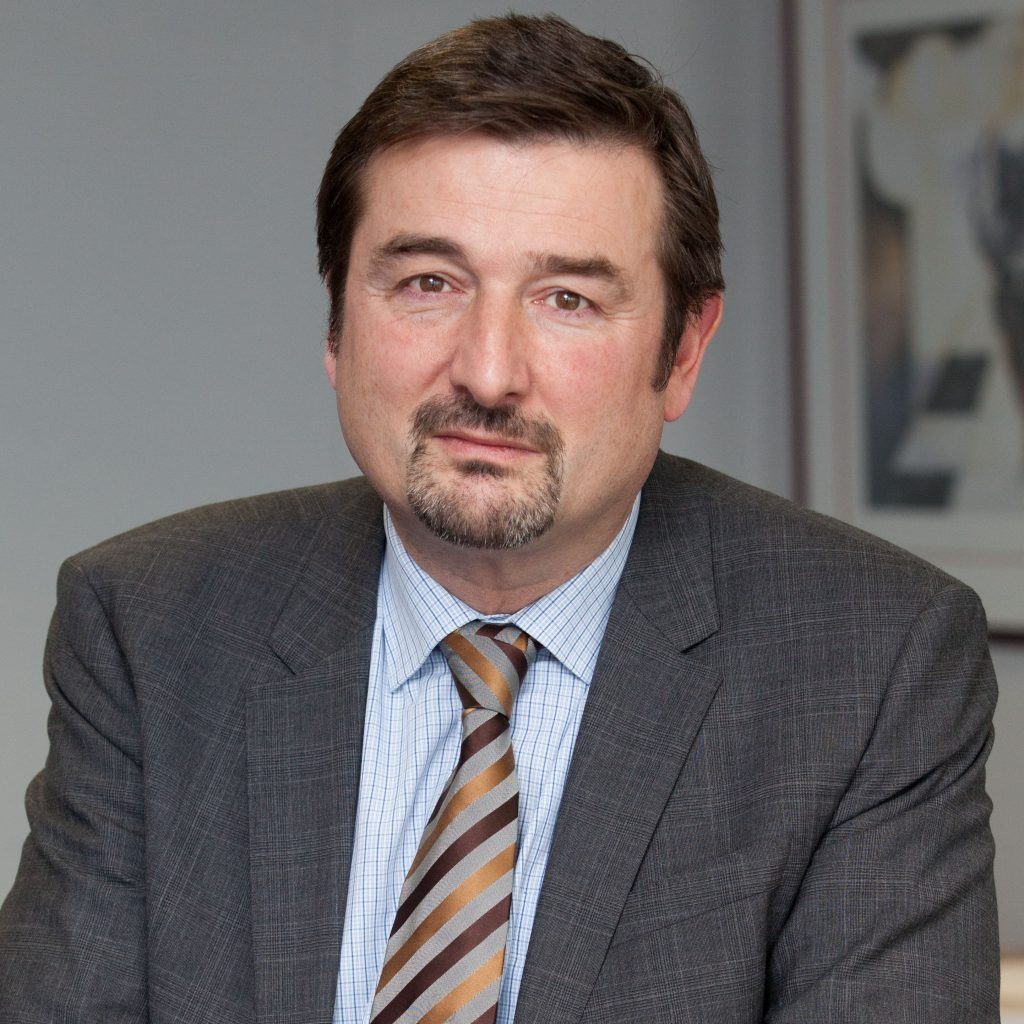 Olivier Guersent graduated with distinction from the “Institut d’Etudes Politiques de Bordeaux” in 1983. He joined the French Ministry of Economy and Finance in 1984, where he carried out many investigations for the French Competition Authority. He joined the European Commission in 1992, initially with the “Merger Task Force” in the Directorate-General for Competition. Since then, he has alternated between the private offices of a number of European Commissioners (Karel Van Miert, Michel Barnier and Neelie Kroes) and DG Competition (successively Deputy Head of Unit in charge of cartels, Head of Unit in charge of policy and coordination of cases, Head of Unit in charge of merger control, Acting Director “Transport, postal and other services” and, from 2009, Director responsible for the fight against cartels. From 2010 to 2014 he was the head of the private office of Michel Barnier, Commissioner for Internal Market and Services. Having held the position of Deputy Director-General since July 2014, Olivier Guersent has been Director-General of the Directorate-General for Financial Stability, Financial Services and Capital Markets Union from 1 September 2015 to 31 December 2019. As of 1st January 2020 he is the Director General of the Directorate General for Competition. Married and a father of three children, Olivier Guersent is a member of the board of of the non-profit organisation Aremis that provides medical care in the home, primarily to cancer patients in the Brussels area. He is a regular lecturer to postgraduate university students. 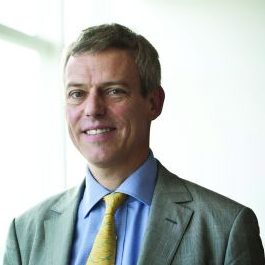 Olivier Rousseau is executive director at Fonds de réserve pour les retraites (FRR), France’s pension reserve fund, where he also chairs the asset manager selection committee. Before joining FRR in 2011, he was attached to the French Embassy in Sweden as an economic advisor, a position he took up after two years on the board of the European Bank for Reconstruction and Development. Rousseau began his career at the French Treasury, eventually joining BNP Paribas where he spent 11 years working in international banking and finance in Paris, Tokyo, London, Singapore, Hong Kong and Sydney offices. He graduated from the French National School of Administration (ENA) in 1986. He also holds a degree in political sciences and master degrees in law and economics from the University of Aix-en-Provence. 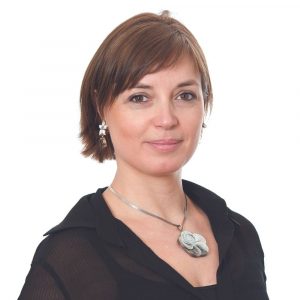 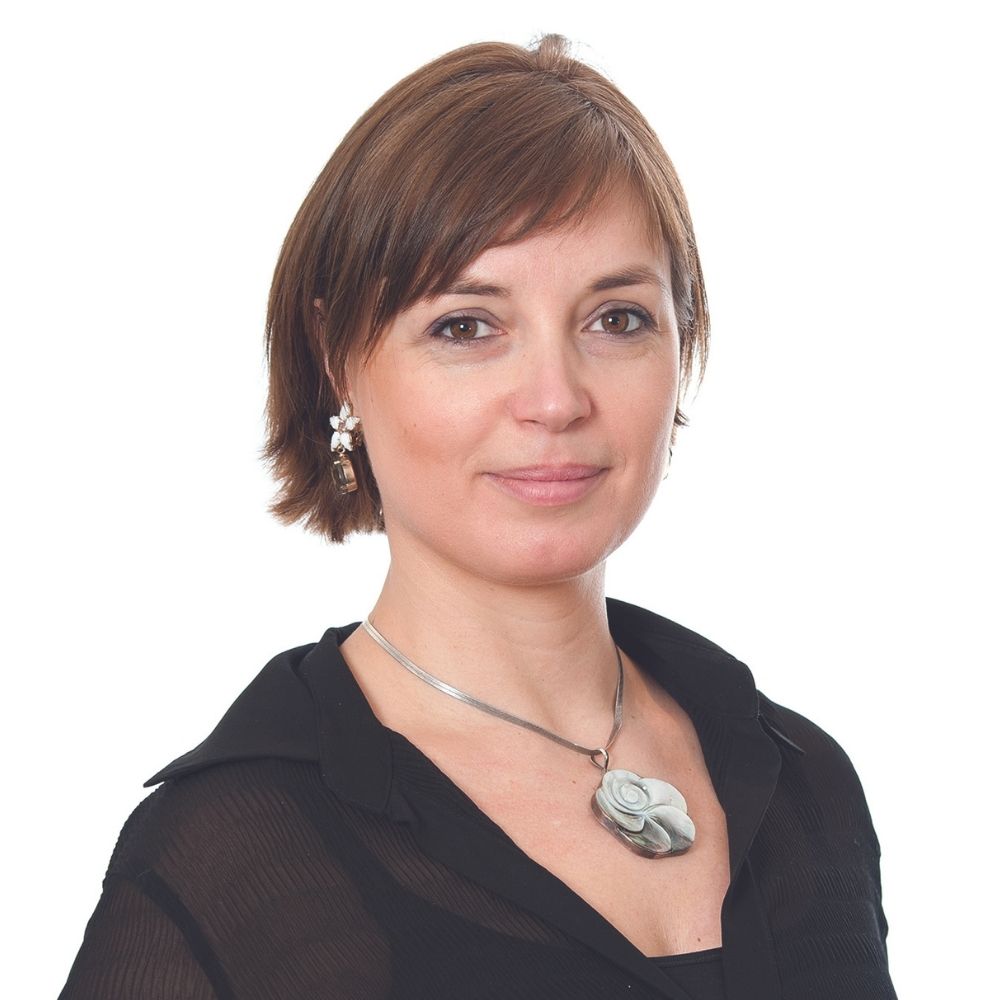 Ophélie holds a Master’s degree in Commercial and Financial Sciences from the ICHEC Brussels Management School and is certified as an independent director. She started her career in 2002 as a consultant for institutional portfolio managers at Pragma Consulting. 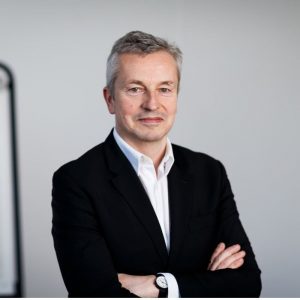 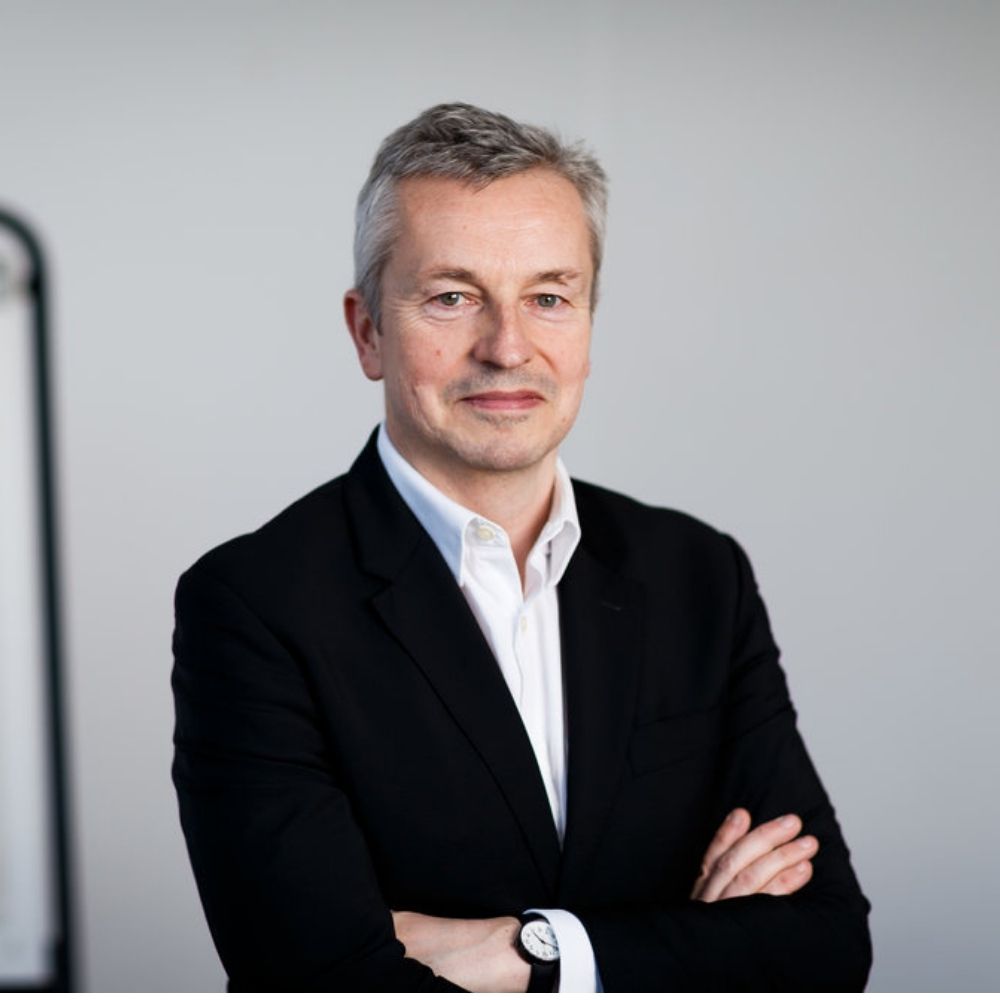 Founder Chair | Sustainability Advisor to the Board

Paul Dickinson is the Founder Chair of CDP (formerly the Carbon Disclosure Project), the global, gold standard disclosure system for investors, companies, cities, states, and regions to manage their environmental impacts. Paul is a pioneer and visionary in the carbon management space. He understood early on the powerful role large companies can – and must – play in combating climate change, as well as the influence that investors have on corporate action and disclosure. In addition, Dickinson has served as a member of the Environmental Research Group of the UK Faculty and Institute of Actuaries. Paul is Chair of the Trustees of the NGO ShareAction, as well as a Trustee of the Findhorn Foundation in Scotland where he has established a program of seminars and retreats now used by the responsible investment community as well as emerging social businesses. 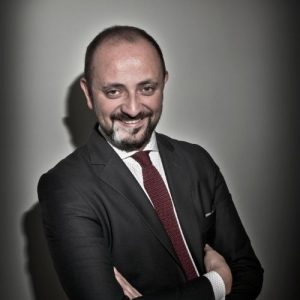 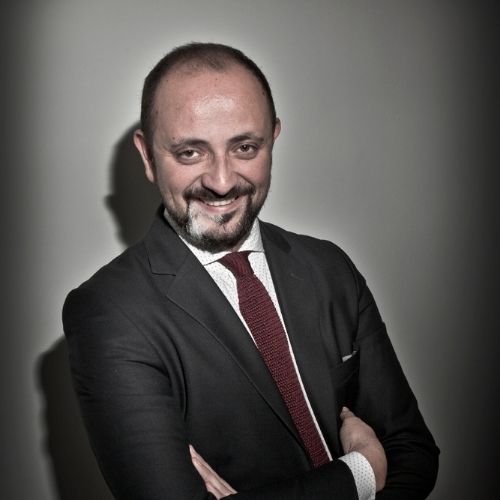 Pietro Bertazzi has shaped responsible business policy and regulation for more than a decade, focusing on sustainable development, human rights, climate and nature. He currently leads Global Policy Engagement and External Affairs at CDP, boosting policy ambition and accelerating action on climate and environment. Pietro is a member of the Expert Network of the UN Global Compact and serves as an Advisory Board Member to Earth Academy, committed to democratizing the sustainability knowledge, and the digital carbon start-up greenpixie. Prior to CDP, Pietro worked at GRI, fostering corporate sustainability and transparency in national policies, as well as major regional and global inter-governmental processes such as the Rio+20 Conference and the adoption of the EU directive on Disclosure of Non-Financial Information. He is a proud architect of the Business Engagement in the SDGs and the 2030 Agenda for Sustainable Development, he co-authored the SDG Compass and shaped and lead the UN Global Compact and GRI’s Business Reporting on SDGs Action Platform.

Pietro grew up in the South of Italy and has lived in Rome, Strasbourg, Milano, Brussels, Berlin and Amsterdam. He graduated in Public European and International Law at LUISS University in Rome, Italy. He holds a Master in Management and Governance of Non Profit (LUISS University), a Master in Corporate Citizenship (Fondaca, Sant’Anna di Pisa, Boston College) and a Master in Economics and Management of Environment and Energy (Bocconi University).

In Official Partnership with